You are here: Home / Our series and designs / 116 m, by McPherson Design 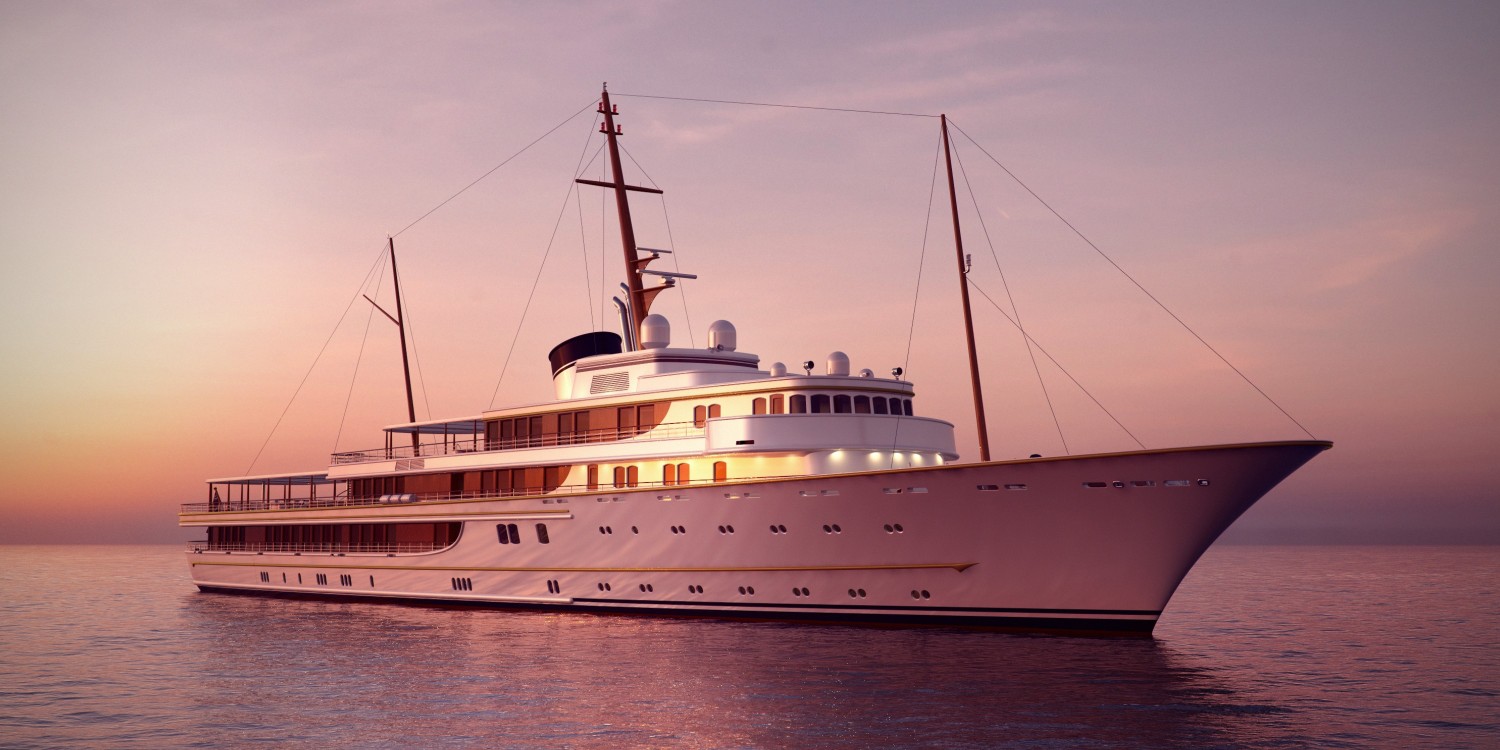 The inspiration behind this design was clearly the classic ‘Gentleman’s Yacht’ of the 1930’s. The aim was to capture some simple, yet graceful curves and add a touch of contemporary design as well. The omission of the anchor from the bow (in favour of a concealed system) was a deliberate effort to achieve a clean look.

It was also important to create large windows for the social areas of the yacht which was done by splitting the superstructure into two distinct sections. The forward section retained a more traditional look (painted superstructure) while the aft sections incorporated the large modern windows, but set into a classic looking high-gloss mahogany cladding. It was also crucial to keep the bulwarks in these areas as low as possible in order to provide stunning views.

Accommodation is provided for 18 guests within an estimated volume of 4100 Gross Tonnes. Other areas included on the yacht are –

The generous Owners suite is located aft on the bridge deck. This layout provides the best possible views for the owner while at the same time giving an extensive private deck space for relaxation. The owner’s deck includes a breakfast bar, seating area with pop-up tv, Jacuzzi and sunbathing areas.

The design also lent itself to large open aft deck spaces for entertaining. Retractable awnings that are split into sections allow for different shade configurations to suit the guests which can fully cover the social seating area, main Jacuzzi, bar, sun-loungers and the open courtyard. The open courtyard is located at the aft end of the yacht which has access via a spiral staircase from the deck above and adjoins the nightclub/dance hall area which then leads into a spacious main saloon and dining room.

The aft deck could also be re-configured to allow for a helicopter touch-and-go pad if required.